From Scribing to Startups 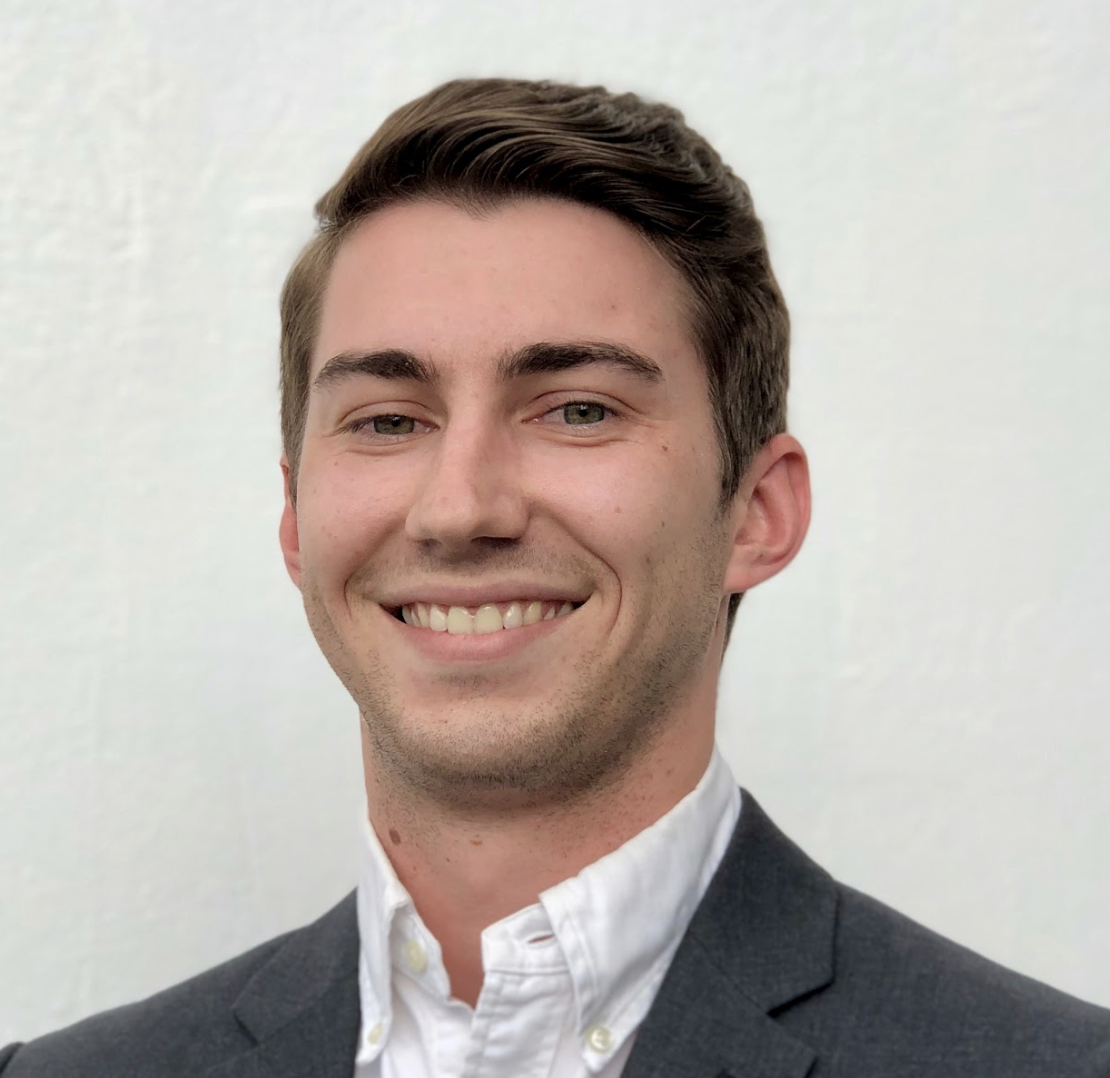 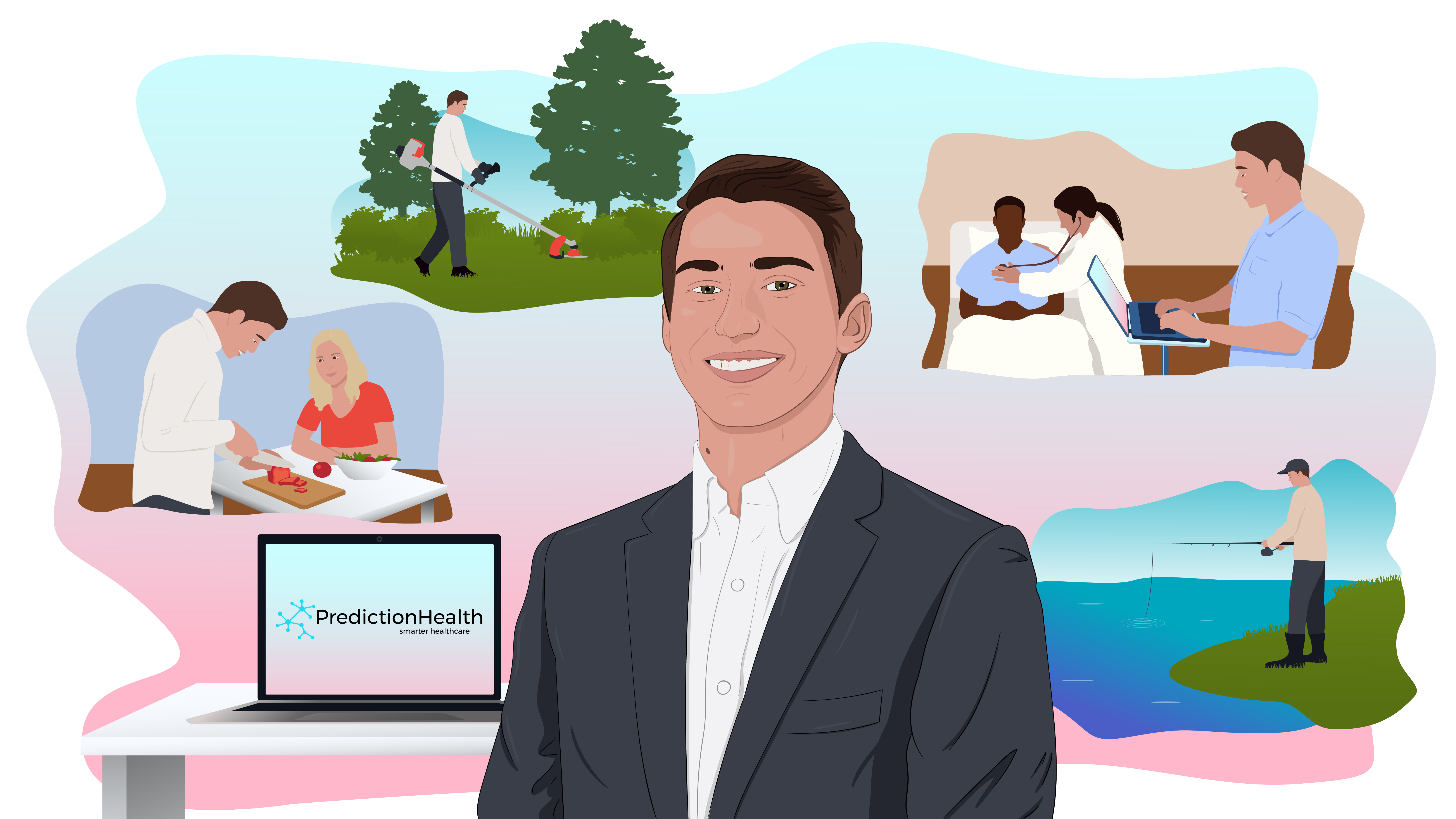 Dave Farmer has been an integral part of PredictionHealth since the earliest days. From being our first on-site scribe to his position of Director of Operations, there isn’t much he hasn’t done within the company. And, all of this on his way to medical school. We’re going to take a look at how his journey has evolved.

**Since the writing of this post Dave has been accepted to Southern Illinois University School of Medicine as part of their Lincoln Scholars Program.  While we're sad we won't see as much of him, all of us at PredictionHealth are really excited for his future in medicine,  and we're cheering him on!

Kate: Dave, what was your very first job and what did you like or not like about it?

Dave: One of my very first jobs was cutting down honeysuckle on the shoreline of Otter Lake in Girard, IL. Honeysuckle is an invasive species that has been decimating deciduous forests across the US for decades. It is a hardy plant, so clearing it took quite a bit of work. One person would cut the honeysuckle at the base with a brush cutter (a tool that looked like a hybrid between a weed whacker and a table saw) while another worker would spray the stump with herbicide and a third would haul the brush up the shoreline to be loaded on a trailer to burn or compost.


I loved being outside and earning cash every day, but it was a very physically demanding job. The biggest takeaway for me was learning early in life that I really wanted a career that required new challenges and an abundance of problem solving to keep me interested. Working on a flat surface would be an added bonus.


K: You were also a medical scribe before joining PredictionHealth. What was that like?

D: I always thought I wanted to be a cardiovascular perfusionist in college because I liked the intersection of medicine and technology. That quickly changed when I shadowed a perfusionist my senior year of college and realized that it was not a good fit. Fortunately, it did allow me to explore the field of medicine, which led me to think about medical school.


Because of my excellent planning skills, I was a bit behind other medical school applicants in terms of experience and extracurriculars. So, after graduating from Illinois College, I took a position as an in-person medical scribe. I had the opportunity to scribe for a number of specialties including family medicine, emergency medicine, cardiology, dermatology, neurosurgery, and orthopedics. Aside from standing constantly, I absolutely loved scribing. I saw such a variety of cases and worked with so many amazing providers which is a pretty unique experience that not many other positions can boast. Not only did it allow me to explore my interests in a variety of clinical settings, it gave me the unique opportunity to observe the patient-clinician interaction firsthand.

K: You mentioned in-person scribing. What other types of scribing are out there?


D: In-person scribing has been the predominant form since the advent of medical scribes about a decade ago as clinicians transitioned to the electronic health record. Although there were some remote solutions, very few were capable of multi-specialty coverage and were generally less popular than in-person scribes. All of that changed when the COVID-19 pandemic emerged in the spring of 2020. Suddenly there was a need to remove nonessential individuals from the clinical environment. Furthermore, the popularity of telemedicine visits rendered most in-person scribes obsolete. This phenomenon accelerated the growth of virtual scribes and services such as PredictionHealth. As clinics continued to seek innovative approaches to patient care and documentation, PredictionHealth began to stand out from the pack. While there are a number of remote scribe services available today, few are as affordable, versatile, or easy to use as PredictionHealth. Moreover, the quality of the notes we produce are second to none in the documentation industry.

K: And, as for PredictionHealth, tell us about your first job within the company. What were your responsibilities, what were the challenges?


D: I met Pedro, our CEO, in 2018 while I was working as a Research Assistant at Vanderbilt University Medical Center. We had a few conversations about PredictionHealth which soon led to me joining the team as a curator. Curators are PredictionHealth’s version of remote medical scribes, responsible for structuring data and helping our AI capture comprehensive clinical notes.


During my first few months, I was responsible for completing charts, providing feedback about the software, and generally trying to be helpful. I was essentially the first on-site curator, so aside from completing notes, much of my time was spent with Ravi and Pedro discussing improvements to the UI, operational limitations, and future goals. Overall, it was a really exciting time in my life and in the life of the company. I remember getting off work at the lab and riding my bike over to work at the “office” (Ravi’s spare room) and putting in a few more hours. PredictionHealth has grown tremendously since those early days. Just like now, Ravi and Pedro expected a lot, but they also created an environment that supports creativity and learning that I really value.


K: How has that role evolved into what you’re doing now with the company? What are the new challenges that have come?


D: As PredictionHealth started to gain traction, Ravi and Pedro brought me on full time a few months after I started as a curator. Generally speaking, my role was to make the system work in the real world while they worked on the software. Although my title was Director of Operations, my responsibilities shifted based on the needs of the company. If we needed to hire curators, I created the posting, interviewed, and hired curators. If we needed inbound leads, I learned about lead generation and put on my creative hat to create ads. I even did quality assurance testing for new software updates, customer support, and more. It certainly was not what I expected when I accepted the position, but I was constantly learning something new and being challenged every day, which is exactly what I wanted in a career.


Working for a startup requires one to be a jack of all trades in addition to your primary responsibilities. Although this still holds true today, PredictionHealth now has a thriving core team of individuals, each with their own talents. This transition began in the summer of 2018 when our team began to really expand which meant I was able to focus more of my efforts on operations. To my delight, more incredible people have joined the team.


As the core team expanded, my role began to narrow towards what I am doing now with the company which is workforce development/management, daily operations, and implementation of new sites. Interestingly, many of the same challenges we faced in the early days still exist but on a larger scale. Naturally, as teams grow in size, coordination and communication become more challenging, but this hurdle has taught me the value of teamwork and effective communication.


K: I know you’ve thought about medical school in the future. Are you still on that path? If so, how do you think your work to this point will contribute to that?


D: As corny as it may sound, medicine has been a true passion of mine since the first shift I covered as a scribe and I have not stopped thinking about a career in medicine. I initially thought of my journey to medical school as a straight line in which I needed to check certain boxes, achieve certain scores, and adhere to the traditional route to earn an acceptance. As I began to explore my other interests, namely research, business, and the startup industry as a whole, I realized how narrow my focus was. I could write one heck of a chart, but didn’t know the first thing about growing a business or even how to hire someone. PredictionHealth has given me the opportunity to work alongside and learn from clinicians, computer scientists, investors, and entrepreneurs. Because of these amazing people, my time at PredictionHealth has taught me how to be a leader and a problem solver, which I believe will allow me to be a better physician someday.


K: What else, personally or professionally, are you excited about in the future?


D: I’m excited about a lot these days! Personally, I love doing anything outdoors – running, biking, and fishing are my go-to’s. The pandemic hasn’t affected most of my hobbies, although I am excited to get back to running races and triathlons in-person (the Nashville Marathon was cancelled three times in the past year 😒). I also love cooking, craft beer, and hanging out with my pups and girlfriend, Ali. One of the great things about PredictionHealth is the ability to work from home and explore my hobbies, so I’m able to achieve a great work/life balance.

Professionally, it has been very rewarding to watch PredictionHealth grow, and I am excited about the prospect of PredictionHealth becoming an everyday tool that physicians across the country use. Who knows, maybe I’ll be using it in my own clinic in the future!

Get in touch with us to learn more about using PredictionHealth in your clinic. We’d love to hear from you. And, if you're interested in a career at PredictionHealth, check out our openings here.

Stay up to date on the latest from PredictionHealth